360 video or VR videos are a fully immersive video experience that is filmed in all directions. You can rotate your point of view, look up, down, as well as zoom in and out of a shot to completely change how you watch the video. 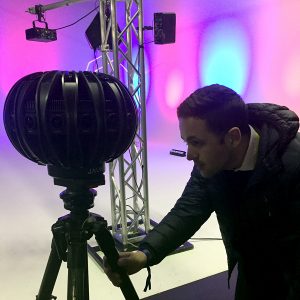 Image of a 360 Video Camera

What You Can Use to Watch 360 Videos

The best way to watch 360 videos are on a VR headset (such as the Oculus, HTC VIVE, and Gear VR), however they can also be viewed right on your smartphone. VR headsets provide the ultimate sound quality and generally has a higher pixel density than a mobile device. This means your viewing experience will be much more seamless!

If you prefer the smartphone format though, we highly suggest grabbing a Google cardboard! It lets you pop your phone into (the extremely affordable) headset and begin exploring new worlds. These headsets come in a DIY format where you use cardboard pieces, a bit of double sided tape, and 2 convex lenses, to provide a stereoscopic view of your video that adds more depth. 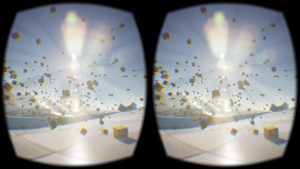 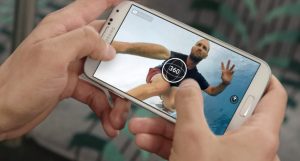 The most popular platforms to find 360 video content are Youtube, Facebook, and VeeR VR, so if you have time and want to see what all the hype is about, we’ve curated some popular videos for you to check out:

Now that you have an idea of what 360 videos are, you might be wondering why this new type of content is being used when there are already regular 2D videos available. The ability to adjust what angle you’re watching content in has provided a completely new storytelling experience. 360 also allows us to transport viewers to new destinations, which is great for touring viewers around a new house if they can’t be there in person, and even travelling to hard to reach areas that may require special permission to attend. 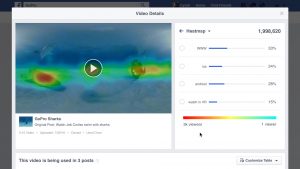 If you’re a marketer a wealth of analytics are available now too! Facebook provides heatmaps for 360 videos that obtain more than 50,000 unique views. The heat maps allow us to understand what attracts your audience’s attention the most and can verify whether the success of product placement in your video content, that regular 2D videos can not. On the other hand, if your organization really wants to highlight a certain product or element in a scene, guides can be added by indicating a point of interest within the video. The guides help users who do not want to move their field of vision, by auto-directing their vision to specific areas in the video.

Also, 360 video can help indicate to your followers that you’re constantly innovating and keeping up with new technologies! Google has also found that “360 video drives to share, subscribe, and view other videos” that your brand has to offer, meaning that it’s a unique way to get viewers engaged with other content on your page!

There are many applications and experiential marketing ideas that can be leveraged through 360 videos. Here are a few suggestions listed below.

When panoramic photos were first introduced on mobile, it became a lot easier to live vicariously through the vacation photos that our friends uploaded. We could see almost (and I emphasize almost because mobile panoramic photos don’t allow vertical movement,) every direction of what new travel destination looked like! Combining the best of vlogging and panoramic photos, gave us 360 videos. We can travel along a river tour, go sky diving, and fully capture the beautiful landscapes and scenery that each excursion provides.

With the onset of globalization, we’re finding more people who want to move to different countries or go to luxurious resorts with their loved ones. These are often big financial commitments, especially for buying a new house as you don’t always want to purchase a plane ticket to travel to every property that peaks your interest. Virtual tours are now a popular way of showcasing the spacious new house or how extravagant the resort truly is. The ability to zoom in and out contributes to an added dimension of space, helps viewers understand the full scope of a property.

Putting you right in the middle of the action, has never been easier! Concerts and stadium events can be once in a lifetime shows that you do not want to miss. Turning your head the wrong direction can mean missing a goal or fight break out during a game. For those who may not have been fortunate enough to attend, you can help give potential event attendees an idea of what the next show or game will be like, with 360 video because users can replay parts they’ve missed if they were busy looking at other things during the game! As well, musicians can use 360 to give users a backstage concert experience, or show viewers what it’s like being on-stage during the middle of your set.

If any of these catch your eye, feel free to contact us or email Bailey@ImpactVR.ca to schedule an appointment.